Starke or Stark? How the county got its name 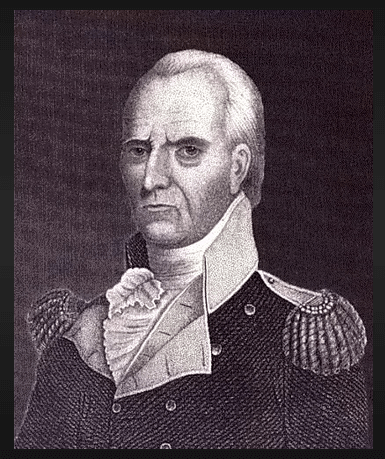 John Stark (1728-1822), patriot general in the American Revolution. Born in Londonderry, N.H., he served with Rogers' Rangers and attained the rank of captain in the French and Indian War.

At the start of the Revolution, Stark, with the rank of colonel, defended the American left at the battle of Bunker Hill. After fighting in the battles of Trenton and Princeton (1776-77), he resigned his commission when Congress promoted junior officers over him.

In response, however, to an urgent appeal, Stark organized and led a force of 1,400 men to victory in the battle of Bennington (1777) in the critical Saratoga Campaign. Promoted to brigadier general in 1783, he retired from the army after the war.

While writing the word Stark, someone apparently had some fancy lettering, and it appeared in documents with an "e" on the end of Stark. Therefore, the county continued to be written as Starke.