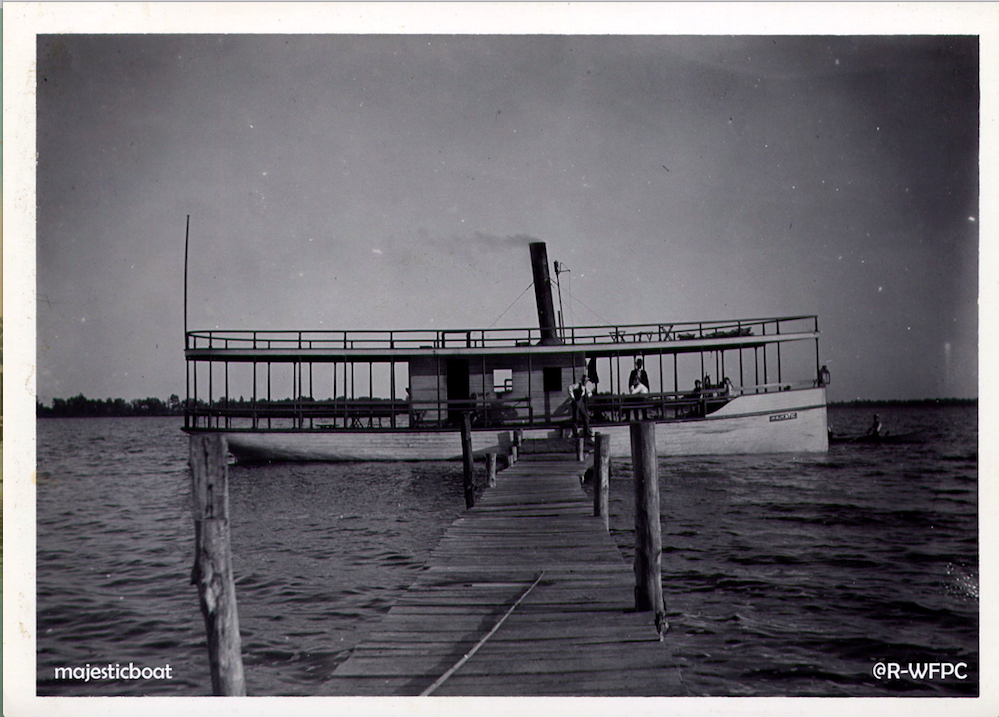 Steam boats used to operate on Bass Lake.   The first reference I have found for a passenger steam boat on the lake is in a 1892 news article.  T. L. Varnes of Kokomo started a steamer that had a capacity of 30 people.  By June the “City of Kokomo” was making hourly trips across the lake.  The little steamer was run by Hi and Charlie Varnes, and continued to operate for a couple of years.

In May of 1895, W.E. Davis of Bremen, Indiana, leased the steamer for the summer.  However, in July of that summer, a windstorm swept across the lake.  The steamer was turned on its side as it was landing at the Shoup pier, throwing a number of its passengers into the shallow water. This is the last reference I have found for this particular boat.

The same month, the Starke County Democrat announced that the Chicago Editorial Club was putting a “handsome new steamer on the lake”.  In July, 1897, Charles Peele took over operation of the steamer.  There are references in the newspapers to concerts by the K.of P. band being held aboard. 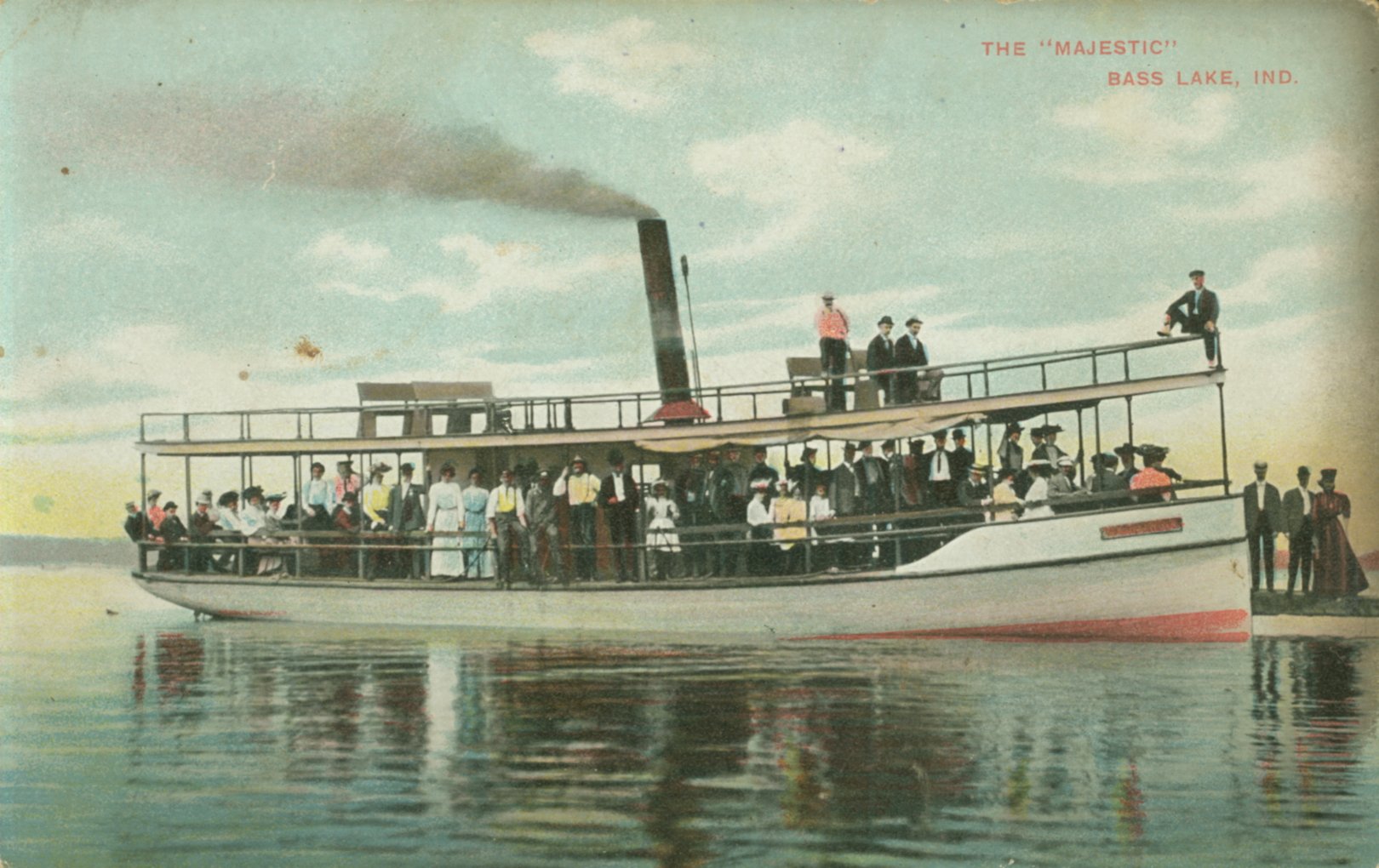 The next summer, arrangements were made to launch the big steamer (built by Hopkins and Peterson) near the Brabrook Hotel on June 18th, 1898. Speeches were given by Judge Beeman and Simon Bybee, with music provided by the K.of P. band.  This boat was 60 feet long and could carry up to 350 passengers, making it the largest vessel to be used on the lake to that point.  A year later, Hopkins retired and moved to Michigan, leaving George Peterson ownership and control of the business.  The newspapers continue to have references to the crowds of people enjoying riding on the steamer, which by this time is known as the “Majestic”. During the winter of 1899-1900, it was announced that William Atmur bought the Tanner property just south of Cranberry Point and intended to add a new steamer to the lake just for guests staying at his lodge.  By September, 1900, it was announced that steamer was complete and ready to carry passengers to any part of the lake. 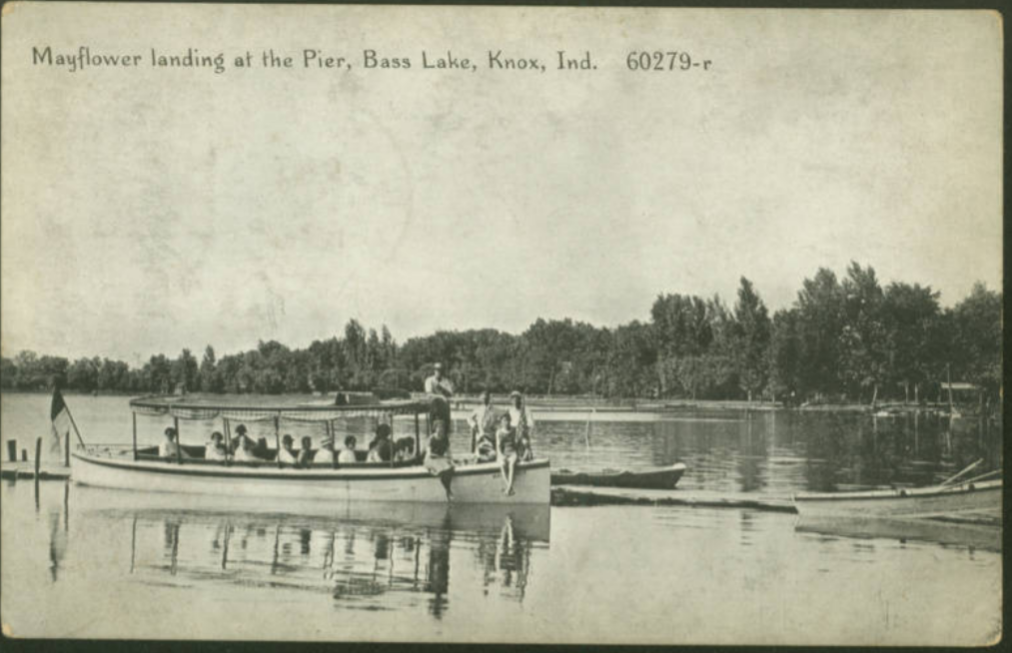 Starting in June, 1902, Lake Park now had two trains daily, one eastbound and one westbound.  One of the steamers met all trains at the pier. By 1909, at least three passenger boats were operating on the lake - “Majestic”, “Letha May”, and “The City of Knox”. 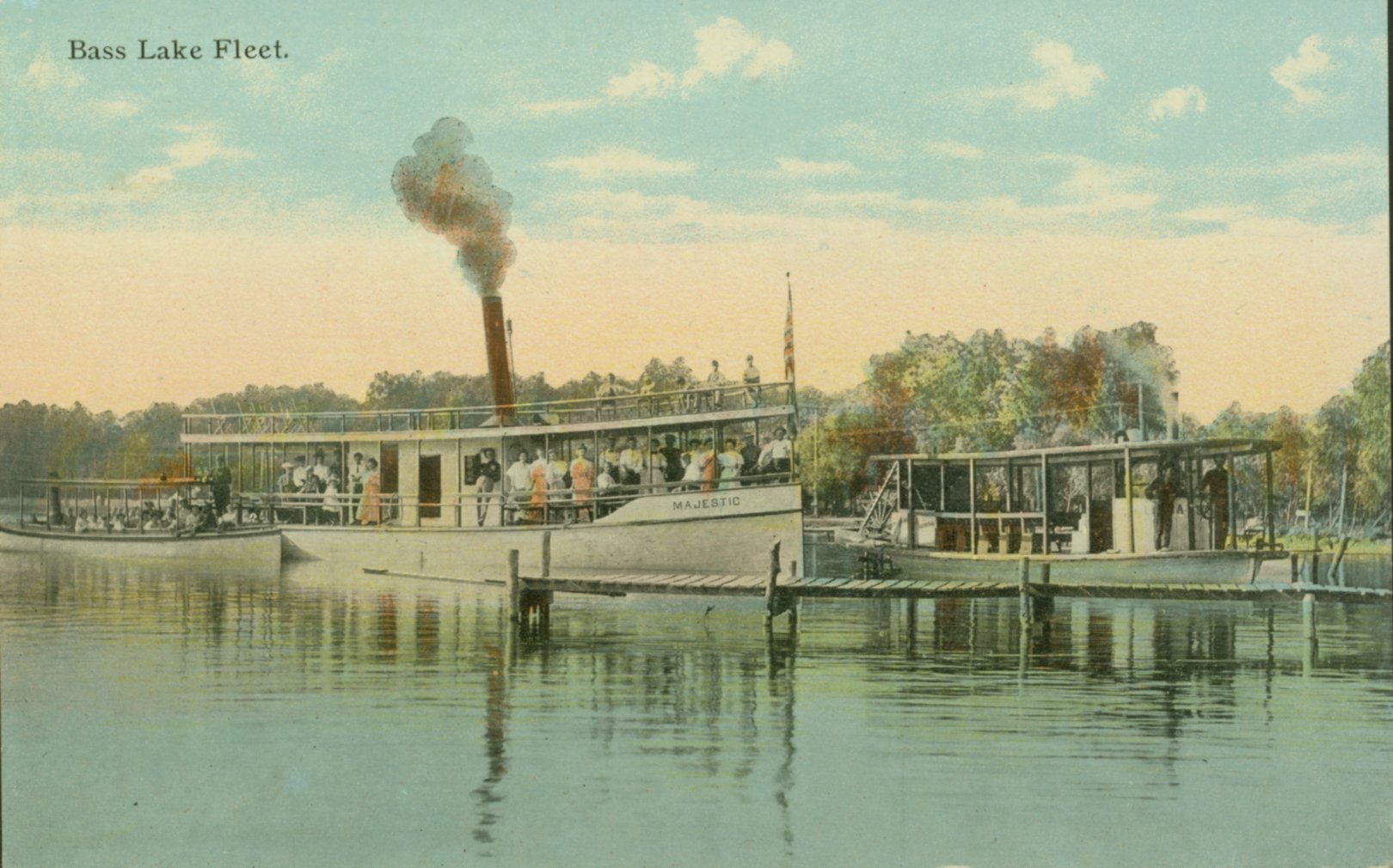 The information on the passenger boats is taken from Starke County Democrat and Starke County Republican newspapers over the years. The photographs and postcards are from SCHS’s collection and cannot be copied or used without permission.