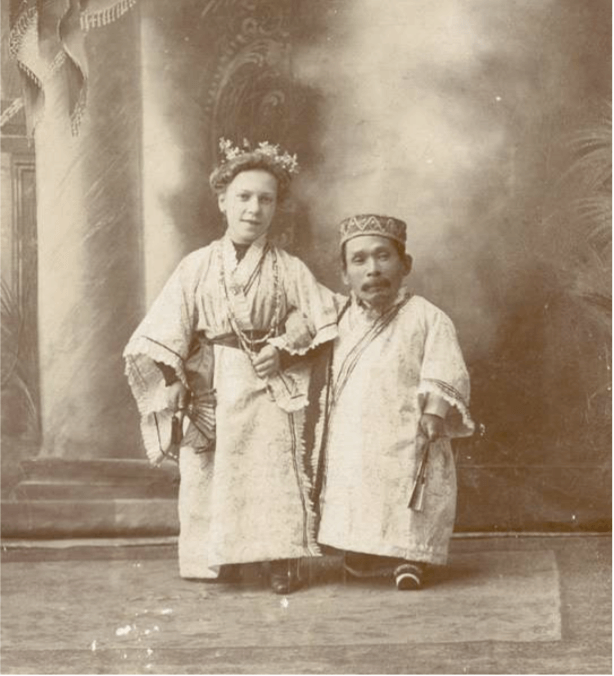 He traveled with shows the greater part of his life. He was considered the most polite and intelligent manikin ever on exhibition, being with the largest shows in the country and having appeared before all the crowned heads of Europe. He also appeared and performed in all the big museums and circuses in Europe.

In retirement, Che Mah was one of the most highly respected citizens of Knox, and owned considerable property in Starke County.

He was interviewed by a writer and asked, "Are you the smallest man in the world?"

"I am," he replied, "and with no exception. Of course," he continued, "there are children smaller than I, but I am the smallest man in the world."

"How does it feel to be the smallest man in the world?" was asked of him.

"Well, " he replied, "I don't know as it feels any different from being any other kind of man." "It's not the size of the man that counts, but it is his brains or what he knows," he said, pointing to his forehead.

Che Mah was buried at the highest point in Crown Hill Cemetery, in Knox.