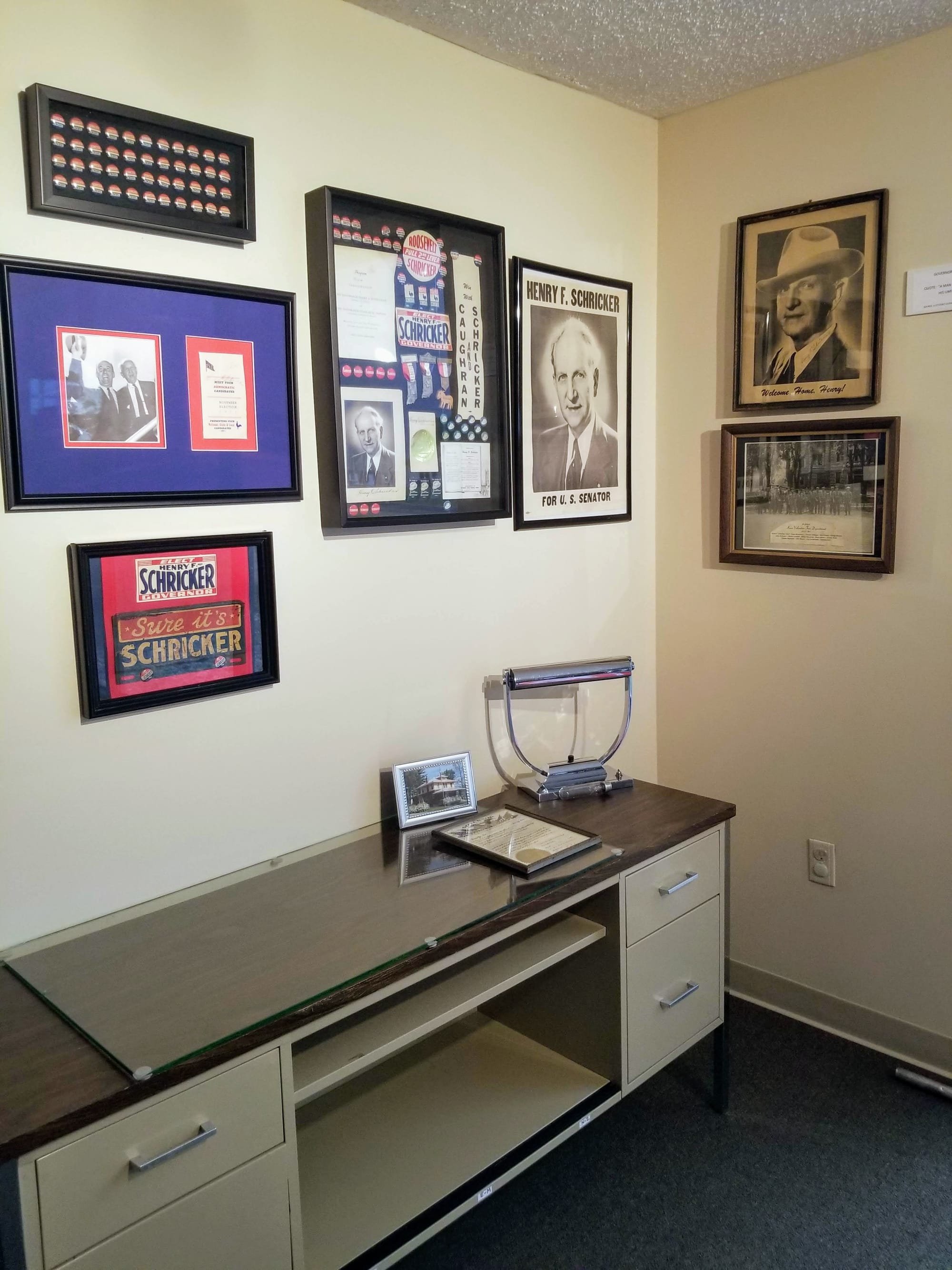 Henry F. Schricker, the first twice-elected governor of Indiana, was born on August 30, 1883, at North Judson, Indiana. He attended school in North Judson and on finishing his education there, decided to become a lawyer. He worked in the county clerk's office in Knox for one year and studied law on the side. After passing the bar examination of those days, he practiced law with his mentor, Adrian Courtright, in Knox.

Henry Schricker then joined the First National Bank of Knox as cashier and remained with the bank until 1932. In the same year he was elected state senator on the Democratic ticket. He was elected Lieutenant Governor in 1936 and in 1940 was elected governor. Serving during the war years he kept a tight rein on the financed of the state and the treasury built up an impressive balance.

To learn more about Governor Schricker and his wife, visit their display at the Starke County History Center.